Nature Walks With Carol
The British Countryside Through My Lens
Menu

Me and British wildlife photography

Who is the Carol behind this British wildlife photography site?

I don't know about you but when I visit a site I like to discover a bit about the person who created it. To that end, this page is an introduction to me and the reasons behind creating naturewalkswithcarol.com.

I have always been interested in photography, having my first film camera (a Kodak Instamatic) when I was just 8 years old. I have some prints from my first roll of film, taken on a school holiday. Even then my photographs featured animals!

Me in a bird hide at Rutland Water. (Photo Credit to Mel Parsons)

My grandfather instilled in me a love of the British countryside and its inhabitants.

I absorbed his knowledge like a sponge and always hung back to walk with him during family outings.  I wish he was still around to enjoy such times now.

If I could only recall all he tried to teach me I would be a happy girl, but each time I go for a walk with my camera I learn more about the natural world. Sharing that knowledge and my images through Social Media lead to the decision to document my travels for my friends and family and this site is the result.

So, back to my photography journey...

The years rolled on, I got married and had two lovely children. As they grew up they quickly became used to having a camera aimed at them.

These were the days when a roll of film had 24 or 36 frames and had to be sent away to be processed. The costs involved meant that only a few images of each "event" were taken and it was disappointing to find a week later that some were badly exposed or out of focus.

Captive kestrel - printed in the darkroom and later scanned

Therefore, I set up the spare bedroom as a darkroom so I could develop and print my own black and white photographs. Sadly, my husband got fed up with the smell of chemicals and a bathroom full of drying negatives, so that period of my "career" didn't last for long. I enjoyed it tremendously though.

At this time I was using a completely manual Russian Zenit SLR (single lens reflex) camera with a moderate zoom lens. Autofocus had not been invented and I had to rely on a handheld exposure meter to determine my settings.

This equipment was not ideal for British wildlife photography, often resulting in a unrecognizable dot on the horizon. However, back then I enjoyed visiting zoos or wildlife parks, as the captive birds and animals were close enough to practise on. I rarely do this now, as finding a wild creature is a big part of the challenge and excitement in my view.

One of my early digital photographs - Highland cattle

When digital cameras were first released, the quality left a lot to be desired and it took a few years before I decided to give this new fangled technology a trial. My brother in law was working for Fuji cameras and was able to get me a discount on a basic model so that I could see whether I liked it or not.

There was no screen on the back of my first digital camera, meaning I had to download the images to my computer before I could see my results, but this was light years ahead of waiting for film to be developed. This little point and shoot had a digital zoom, but as it just enlarged the center of the image, it still didn't fulfill my desire to get closer to wild creatures.

I eventually migrated to a digital bridge camera with a long zoom, but aspired to a DSLR (digital single lens reflex) which would enable me to achieve the out of focus backgrounds from my film days.

By the time I was able to afford my "dream camera" the children had left home and were parents themselves. With no willing human models around I turned my attention to the local wildlife with a vengance.

I had picked a Canon 100D (known as a Rebel in the USA), due to its light weight and small dimensions. Coupled with a short telephoto zoom lens I was at last able to get passable images of the garden and farmland birds that lived here in Cambridgeshire.

However, those into  British wildlife photography always want to get closer and so I regularly upgraded my gear as and when finances allowed.

Stonechat with bee for breakfast

I soon discovered that a good camera and long lens combination was not all that was needed for success in British wildlife photography. Practice, patience and determination were equally important!

I can't text wild birds and animals to ask them to join me and pose. The best I can do is turn up at a suitable location and wait for them to show up. And continue to wait. Sometimes for hours! Hoping a bird will perch in the perfect spot to have its portrait taken takes a lot of patience. It can also involve getting up and out in the countryside early in the morning while the birds are active and the light is good.

If I am lucky I might get a glimpse of the elusive creature I am hoping to see. On a good day I might even manage to press the shutter button before the animal or bird disappears.

The elation when I succeeded in getting a sharply focused, well exposed critter has to be experienced to be fully understood.

Last but not least is capturing the wildlife at the right time. I attempt to take the picture when...

I don't always succeed , but when I fail I am more determined to get it right the next time I go out.

As I progress in my pursuit of British wildlife photography I challenge myself. Whether it be birds in flight, mating behaviour or photographing a rare species, there is always something out in the countryside calling my name.

I decided to enter a number of photo contests this year. Not with the hopes of winning, but to compare my photos with those of others in the same field.  I was delighted with the results!

I entered the 2019 Calender Contest held by the Beds, Cambs and Northants Wildlife Trusts and my robin picture was picked for the month of December. I was sent a free copy of the calendar which included some wonderful wildife images from other photographers as well.

A newspaper held a photo contest in collaboration with the local Camera Group and there was a special section for wildlife entries sponsored by Paxton Pits.  I was elated to win first prize in that section and also runner up for the overall competition, with two different images.

I occasionally visit a nearby zoo and they hold an annual photo contest. I entered a meerkat photograph this year which was picked as one of the winners.

One of my photographs was used during a TV weather forecast in the Spring of 2018.  While in the Autumn, Canon EOS Magzine printed one of my pictures.

I am sure I will enter further contests in 2019. If I do, I will be sure to update this page.

Before I start rambling (and I don't mean in the countryside) I had better wrap this page up.

I hope this short (!!!) introduction has given you some insight into what lays behind my decision to begin this site. I hope you will enjoy a virtual walk with me, learning more about British wildlife photography as you peruse these pages.

As the months and years go by, I hope my pictures will improve and I will never tire of going out and about with my camera. I hope I have also  managed to inspire you to photograph the wildlife and nature in your own patch.

Why not show your love by clicking on the button below?

Have your say about what you just read! Leave me a comment in the box below.

Visit my Store on Zazzle for products using my photographs 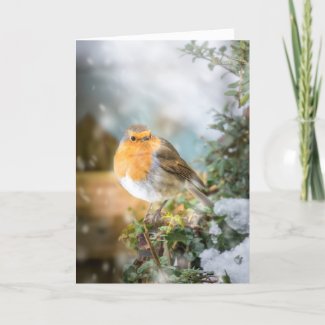