The story of our Search for Swallowtail Butterflies in Norfolk

Do you have a creature that you have always wanted to see in the wild? For me, that had to be the UK's scarce swallowtail butterflies.

The yellow and black adult butterflies are on the wing from late May to mid July so I thought it was as simple as being in the right place at the right time. That place being the open fens of the Norfolk Broads.

Therefore, in June 2021 my husband and I set off to a hotel in Norwich for the weekend. We had been looking forward to our adventure in great anticipation, but the weather forecast wasn't that promising. We needed a windless sunny day and instead, it was expected to rain. 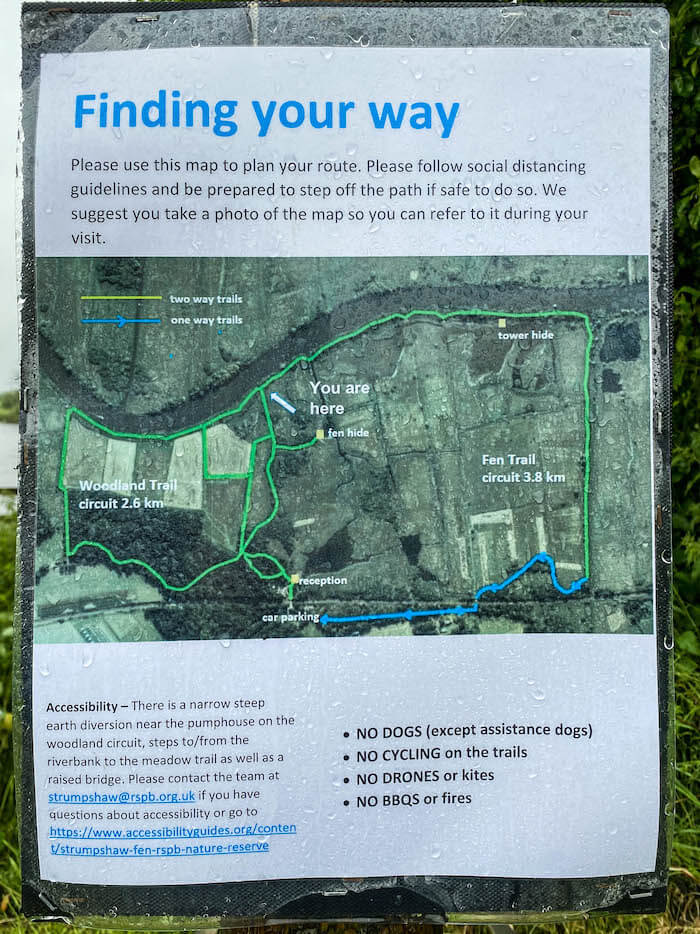 A rather wet Strumpshaw Fen map

And the rain came down!

We had been told that Strumpshaw Fen was the place to see swallowtail butterflies, a short car journey from where we were staying. We arrived mid-afternoon on Friday, so dropped off our belongings and headed straight to the reserve. After parking under the trees, we crossed the railway tracks to arrive at the reception. Due to covid, the visitor centre was not open but we were able to show our RSPB cards and enter.

We had only just arrived when the leaden sky decided it couldn't hold on to the rain any longer. Within minutes we were drenched! 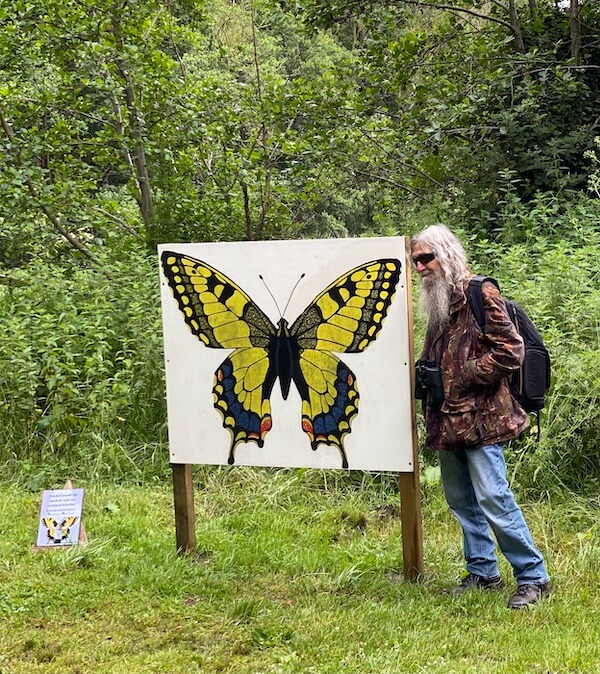 The only Swallowtail we saw in 2021

All hopes of butterflies gone, we headed for the shelter of the hide to see what other wildlife we could spot out on the fens, hoping for better weather the next day. We enjoyed watching the Marsh Harriers, a pair of Cuckoos and a Jay. By the time we returned to our room everything we were wearing was soaked! More drastically, the camera bag I had taken with me was also wet through; luckily the equipment inside was weatherproof!

Alas, the second and last day of our trip was a repeat of the first. We had failed in our mission to find swallowtails that year, apart from a huge poster which my husband posed beside.

Fast forward to June 2022, and guess where we headed? This time we had a long weekend on the Norfolk Broads and the weather was perfect - hot, sunny and no wind.

NOTE: Whatever the weather, wear waterproof footwear if you cross the meadow

Like the previous year, we began with a Friday afternoon trip to Strumpshaw. We started by walking the Meadow Trail, but although we spotted numerous Norfolk Hawker dragonflies, Britain's largest native butterfly did not deign to show itself. 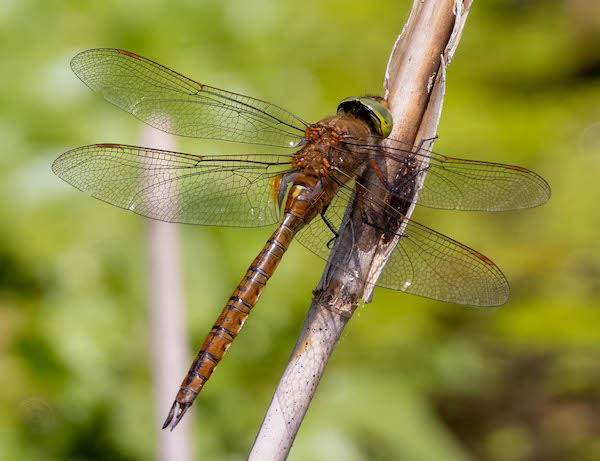 Upon reaching the main path, we turned left, leaving the Fen hide for another day, meandered down to the River Yare, then headed right towards the Tower Hide. On route, we spotted a pair of Great Crested Grebe, one with three tiny babies on its back.

From the hide we saw Marsh Harriers again, along with Reed Bunting, ducks and gulls. Then my husband pointed out movement at the edge of the water. Looking closely I saw a deer. Was it a Muntjac? No! When it turned around I realized it was my first Chinese Water Deer, complete with tusks and rounded "teddy bear" ears. 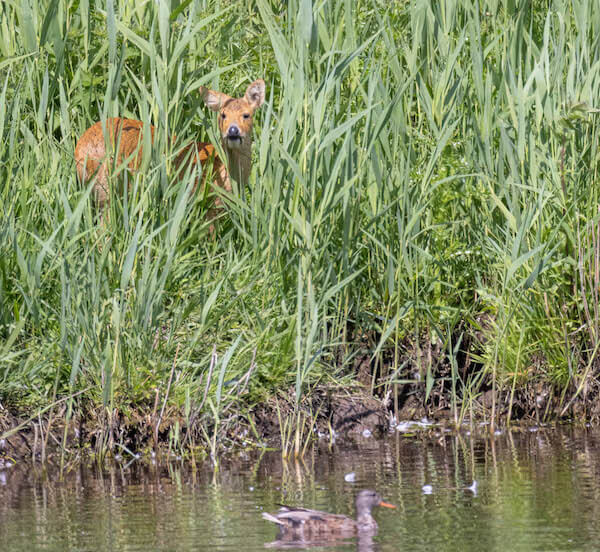 We found the swallowtails!

Descending the steps from the hide we continued around the fen trail, crossing the railway line once again before walking along the lane past the Doctor's House. Here, at last, amongst the garden flowers we saw our very first ever swallowtail butterflies, just two of them! 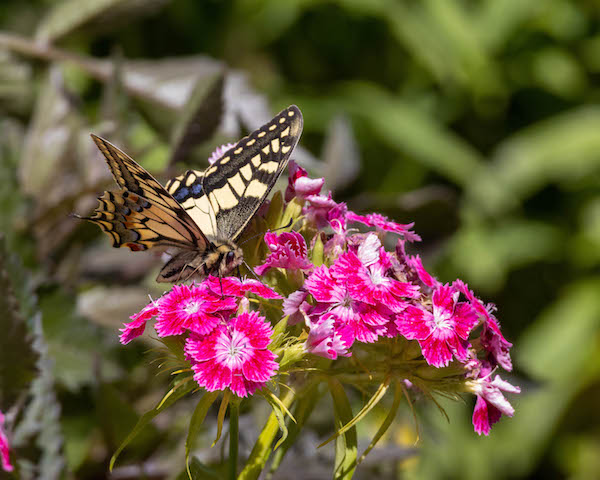 I was delighted, but would have preferred to see them on their natural food plants, but you can't have everything, eh?

We followed the lane to the road, and back to the car, content that we had achieved our mission. 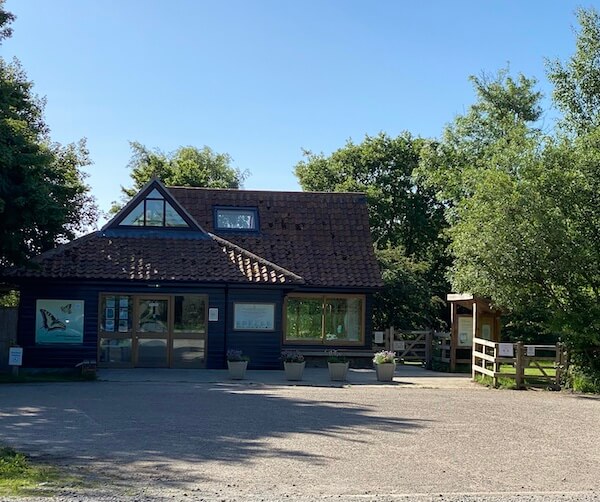 We decided to split our time away between Strumpshaw Fen and Hickling Broad. We discovered days before setting off, that our weekend away coincided with International Swallowtail Butterfly Day on the 12th of June!

Hickling had events planned for the day, so we arranged to visit the day before, thinking it would be quieter. We made an early start and arrived before the visitor centre was open. There were only two other cars so we had the reserve almost to ourselves.

Before we had walked far, a swallowtail butterfly flew across the path in front of me, too fast to photograph, but a promising start. This was followed within a few minutes by two Woolly Bear caterpillars crossing the path. These would turn into Garden Tiger Moths and although common when I was a child, they are scarce now. I was careful not to touch them as I didn't want to spend the rest of the day itching! 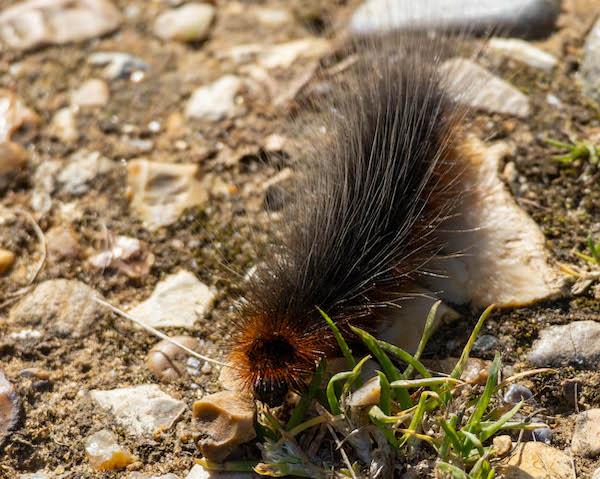 Looking up there was a Marsh Harrier being mobbed by two corvids (probably crows). Then around the corner we came to Secker's Hide. Before entering, I heard bird song and a lovely little Willow Warbler was singing from the tree top. 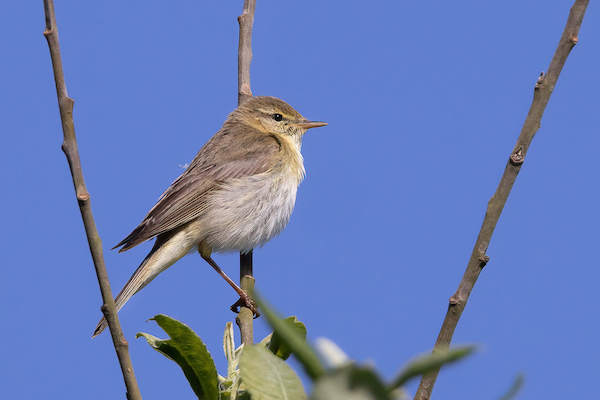 After entering the hide we struck up a conversation with another lady, who was happy to tell us that she had seen swallowtails between the hide we were in and the next one. Sure enough, on our way to the Cadbury Hide, we found one that posed beautifully for the camera far enough in front of the reeds for them to blur out nicely. The red orange spots glowed and the blue patches sparkled in the sunlight. 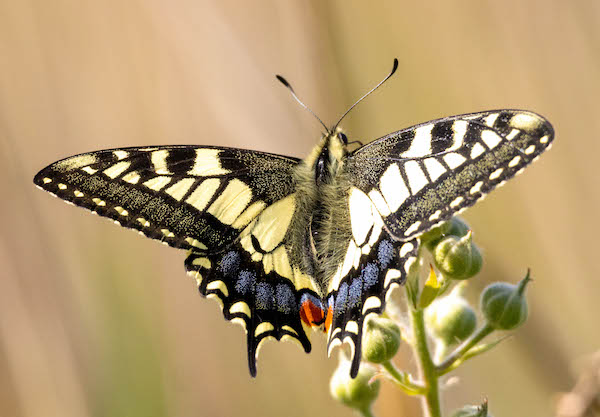 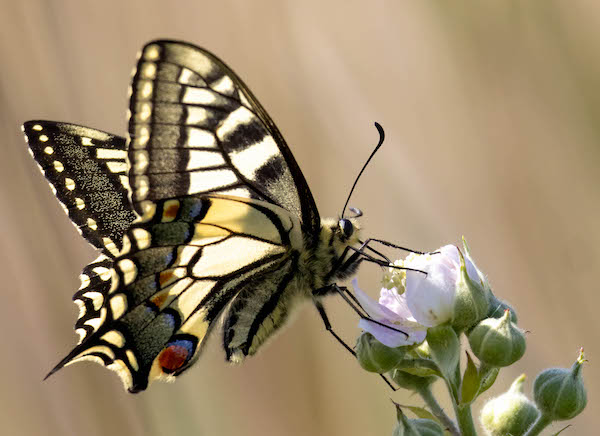 Hickling Broad had the prettiest, thatched bird hides! This is the Cadbury Hide that overlooks water. 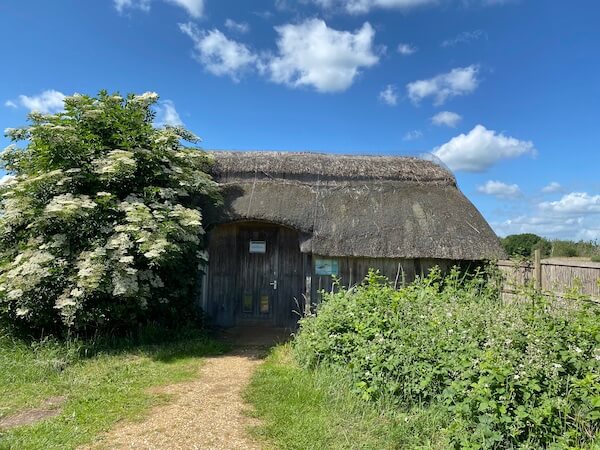 A longer walk around the perimeter of the reserve

By this time, Hickling Broad Nature Reserve was officially open, so we returned to the visitor centre to pay our dues and pick up a map. The ranger pointed out places of interest and told us what we might see. We took the woodland trail, catching a glimpse of a Whitethroat, headed up to the View Point over Bygraves Marsh, then walked alongside the reed beds up to Bittern Hide.

Sadly no Bitterns there, so we turned right, stopping at the Observation Hut on stilts overlooking the river. Although it was a hot day, we were glad the windows were glazed as we caught the stiff breeze off the water up there!

A few minutes after we got there, a female Marsh Harrier came around the side of the hut and flew out towards the water. She was very close giving us a lovely view, showing off her cream-coloured head. 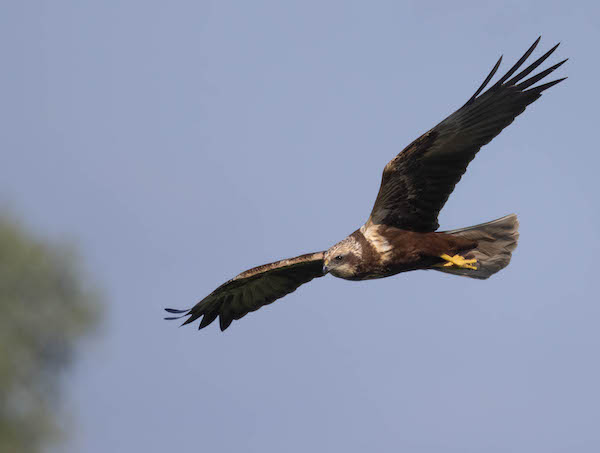 With tiring legs, we decided to take the boardwalk shortcut across the reed beds joining the main path near the next View Point. There was a narrow bridge across the wettest area, which, I promise you, was just wide enough for one foot at a time!

We then headed back down to the car, via the Secker's and Cadbury hides once again. A bit of shopping and some refreshments then we returned to the hotel. 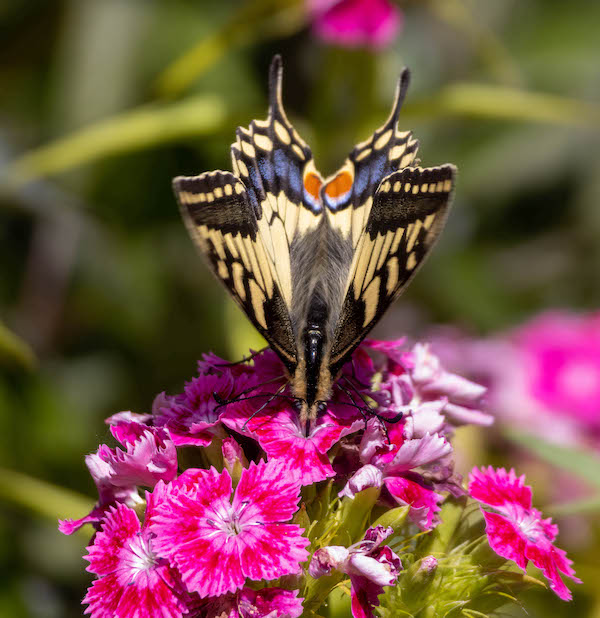 Swallowtail in an interesting pose!

After downloading the day's photographs, I did a little online research on our star attraction. As we had discovered, the butterflies liked sunny spots along the edge of the reed bed where they could find flowers with nectar to sup. Although they normally prefer feeding on yellow flag iris and ragged robin, these were in short supply so they settled for dog rose and bramble instead.

One food plant extremely important to them is the milk parsley, upon which females lay their eggs, and the swallowtail caterpillars feed. No milk parsley - no swallowtails. Norfolk appears to be the only place in the UK where this grows, albeit due to excellent fenland management by the Norfolk Wildlife Trust, which is why the swallowtails are restricted to this area.

I did learn that sometimes the butterflies will have a second brood in August/September. Hmm, if we weren't already booked elsewhere, I could have seen a repeat trip in the diary.

A final day at Strumpshaw Fen

We returned to Strumpshaw Fen on the Sunday as we had missed Fen Hide on Friday. As I hoped we had wonderful views of Marsh Harriers from here. In turn, both a male then a female perched on a dead tree right in front of the hide for us. What a treat! 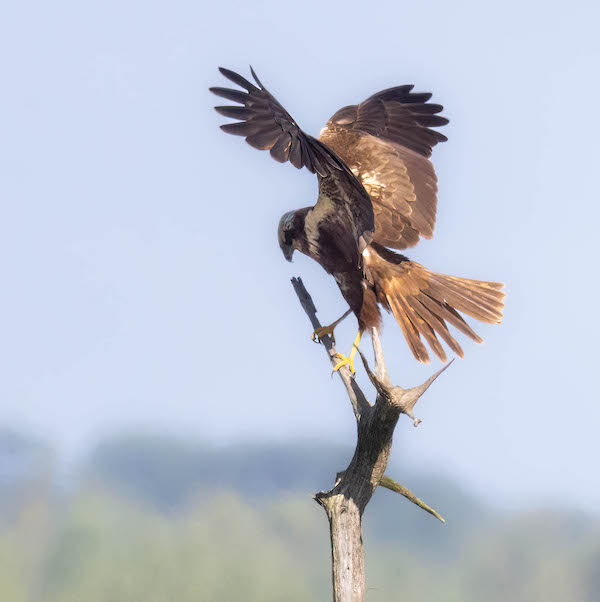 We also caught possible glimpses of Bearded Reedlings although I wasn't 100% sure so they did not go on my bird list for the year.

Nature saved a wonderful treat for the end of our Norfolk adventure. We took in the view from the Reception Hide on our way out, and although we missed the Bittern flypast we were in the right place at the right time to catch a glimpse of an otter swimming by! 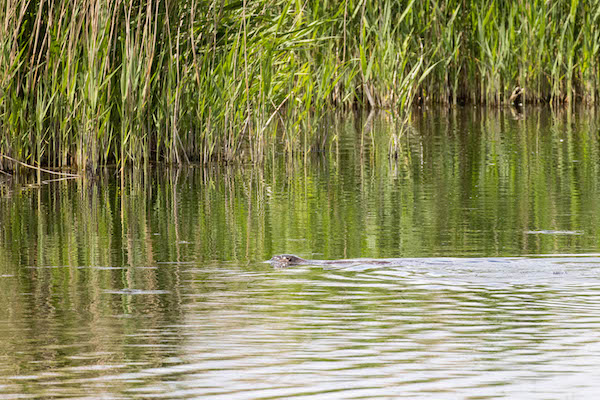 We spent one last night at the hotel, then set off for home the next morning, making a detour to visit RSPB Lakenheath Fen. I will add a page about this Suffolk reserve soon.