An introduction to the wood 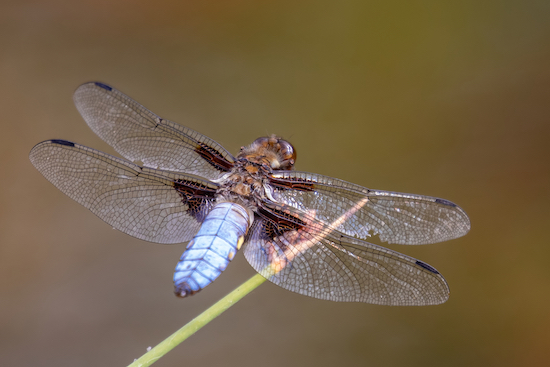 A visit to Monks Wood Nature Reserve will take you to the largest piece of ancient woodland in Cambridgeshire. In fact, it is so big that it is easy to get lost, especially if you venture off the main pathways, known as "rides" which criss-cross the wood.

We rarely meet anyone else in the wood, perhaps because of the limited car parking available nearby, or maybe because few people are aware of it, even though it has been here hundreds of years.

Given its age, it is surprising that Monks Wood, Huntingdon, didn't receive its National Nature Reserve status until 1953. Part of the The Centre for Ecology and Hydrology, CEH Monks Wood has been important in advancing environmental science.

Ten years later, scientists received planning permission to build Monks Wood Experimental Station beside the wood. This was used as a research centre to study the plants and woodland wildlife of the area. They also ran one of the first rewilding experiments, where they used abandoned land which had been a farmer's field, to see if the wood would expand. The barley field transformed into a shrub layer and, after around 50 years, into rich oak woodland. This was known as the Monks Wood Wilderness experiment. The area is now managed by Natural England.

Back then, you had to have a permit to enter the wood, and these were in short supply. Although a permit is no longer required, many people don’t realise this.

So what will you find in these lowland woods?

Monks Wood Nature Reserve has many terrains including grassland, ponds and mature closed canopy woodland which provide habitat for a rich diversity of plants and animals.

There is room for the kids to let off steam along the meandering mown "mazes" of the wider rides. These serpentine routes have a purpose, not just created by drunken mower drivers! They allow ground flora to grow at different rates. If you return after the next cutting, you will find the maze has changed.

Leave the main rides and take the narrow, wilder pathways to discover ponds (there were 16 back in 1973, but many dried up) and a multitude of wildlife.

This ancient woodland is famous for being one of the top sites for beetles in the UK, with over 1000 species recorded. These include...

Watch out for caterpillars, moths, or butterflies depending on when you visit. The butterflies you could find include marbled white, speckled wood, white admiral, silver washed fritillary, purple hairstreak, black hairstreak, common blue, brown argus and brimstone. 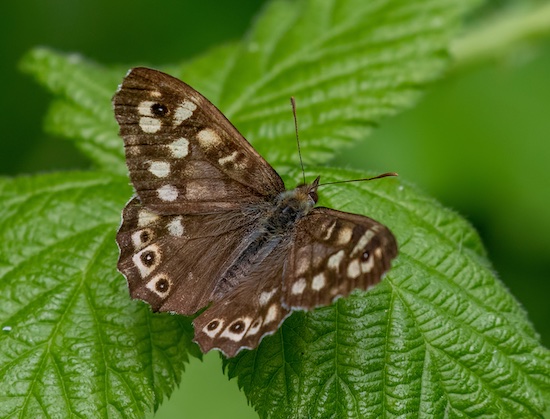 A close inspection of the plants and trees in the wood may reveal shield bugs, with their intricate colours and patterns, some looking like little jewelled scarabs. My identification skills are not good enough to name them all.

I am more knowledgeable about dragonflies, and have been lucky enough to see broad bodied, scarce and four spotted chasers at Monks Wood and look forward to finding others on our next visit.

Other curious bugs include...

I find it fun to photograph creatures that are new to me, so I can attempt to identify them later. Research into the critter in the photo below, that skittered across the path in front of my feet, revealed that it was a glow worm larvae, for example.

This place really is an Aladdin's cave for the entomologist! 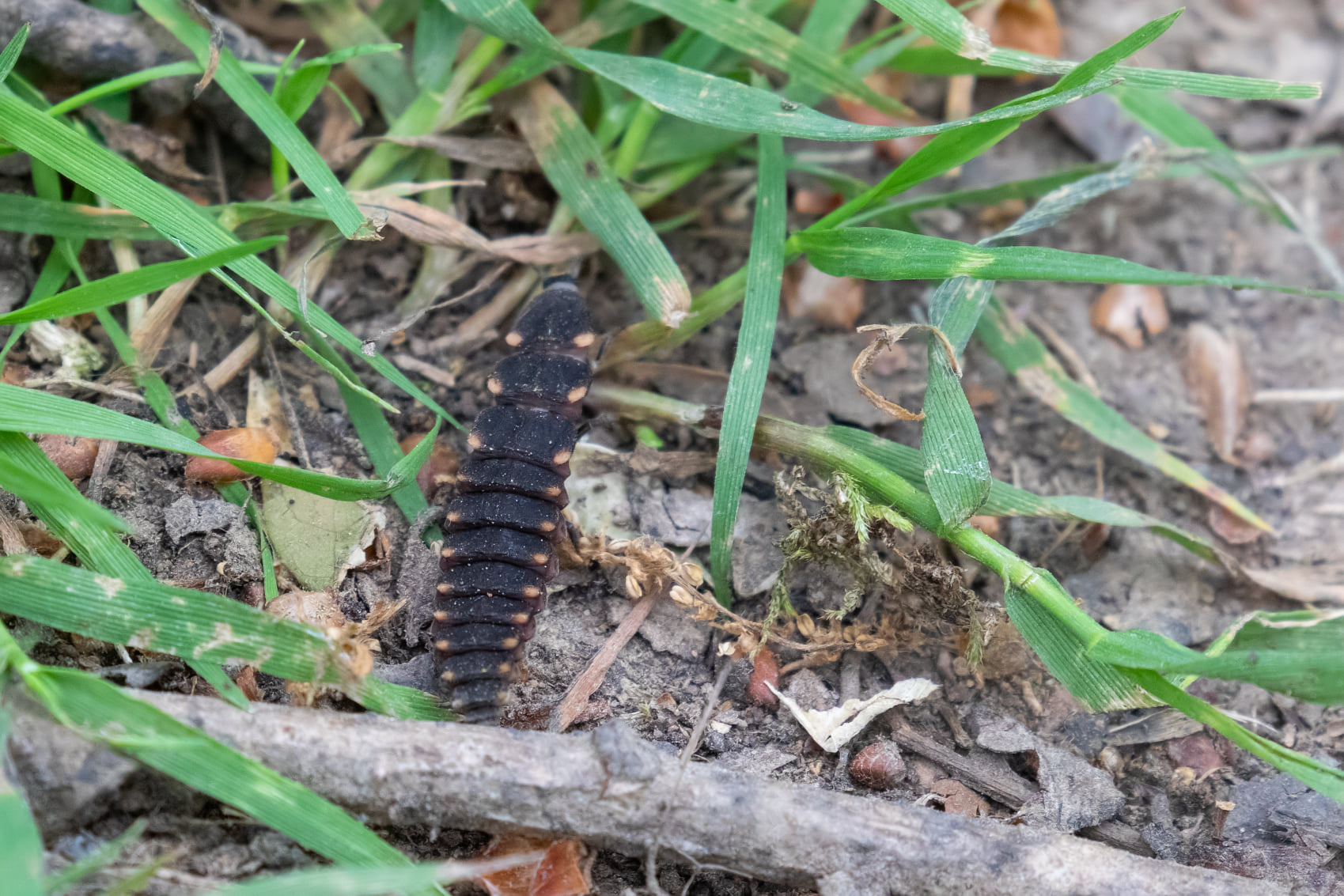 Besides bugs, you might come across reptiles and amphibians such as frogs, great crested newts, grass snakes and lizards. 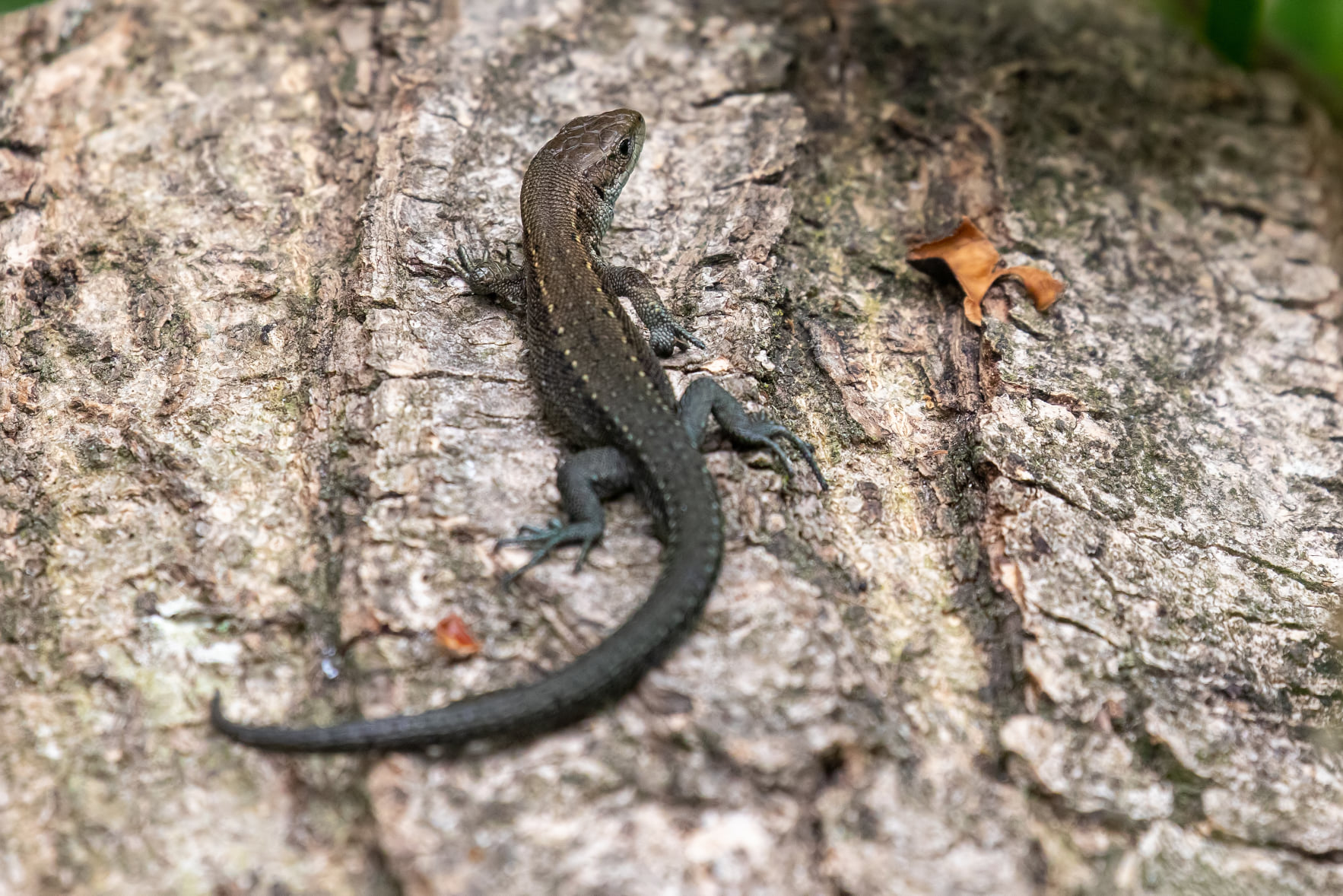 Common Lizard sunning itself on a fallen tree

You can find the creatures above in rotten wood piles, left specifically to provide them with homes, on the trunks of trees or even under loose bark, in and around the ponds and just walking around on the ground. Keep your eyes peeled.

Bird life in and around the woods

If you prefer to look up, instead of at the ground, there is also plenty of bird life in the bushes and tree canopy. You might hear them before you see them, especially when the trees are in leaf.

In the spring, if you are extremely lucky, a nightingale might serenade you. But more common birds that could be in residence at various times of year include the green and great spotted woodpeckers, whitethroat, lesser whitethroat, goldcrest, chaffinch, jay, treecreeper, and bullfinch.

Redwing and fieldfare are regular winter visitors, and you might even see a brambling with them.

Mammals you may encounter 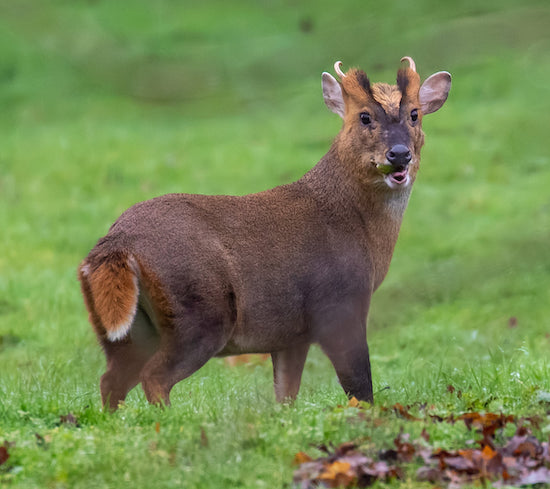 During your walk, you might also encounter a muntjac. These deer are about the size of a large dog, standing at about half a meter tall. They are a non-native species, and can cause damage to trees and plants, so many people consider them a pest. For this reason, certain areas of the wood have deer fencing in place to keep them out.

You might also see brown hares, rabbits and foxes in the fields and clearings.

One reason for visiting the woods in spring is to enjoy the glorious carpet of bluebells. Before the deer fencing arrived, the bluebells were in danger of disappearing, but they hung on and are making a comeback.

Look out for primroses and wood anemones in the spring.

As the year moves into summer, wild orchids show up around the wood. The scientists catalogued various types until 2003, but I am not aware of a survey being done since then. I saw a photo of a lovely greater butterfly orchid taken in 2017.

Another eye-catching bloom in June, if you are lucky enough to locate it, is grass vetchling with its crimson flowers.

In the autumn, don't forget to search for fungi growing amongst the dead wood, along with mosses, liverworts and lichens.

Have you planned your visit yet?

I dithered with making a page about Monks Wood Nature Reserve. It is so peaceful and interesting that in a way I want to keep it to myself! But a good thing is best when shared, eh? If you pop along, don't forget to comment below to let us know what goodies you found in this wonderful ancient woodland.