Welches Dam and The Ouse Washes

Welches Dam is one access point for the Ouse Washes, the largest area of washland in the UK. Despite the name, there has not been a dam here for over 250 years.

The RSPB and Wildlife Trusts run the half mile wide area between two artificial rivers (or Fenland drains) as a nature reserve. It extends for 20 miles through Cambridgeshire and into Norfolk. Cattle and sheep graze the fen farmland in the spring and summer, the meadows bordered by water-filled ditches. The landowners intentionally flood the area in winter, creating the largest inland destination for migrating wildfowl in the UK. You can find Whooper and Bewick Swans here throughout the winter, in nationally important numbers.

We also head there during the colder months to view the wildlife spectacular.

Our journey to the Ouse Washes

From our trip the previous year I remembered the road was bumpy but had forgotten how much like a roller coaster it was. In places, one side of the vehicle was quite a few feet higher than the other, giving the sensation the car was going to tip over. The road was narrow, with no possibility of pulling over to allow a vehicle coming the other way to pass without ending up in the river. I thought the blind bend beside a derelict pub was the scariest moment. That was until we reached the car park and saw the steep muddy entrance. Avoiding this, and going the long way around to enter from the other end, proved no less difficult as the road was only inches wider than the car!

Despite the road, this destination was well worth the visit. 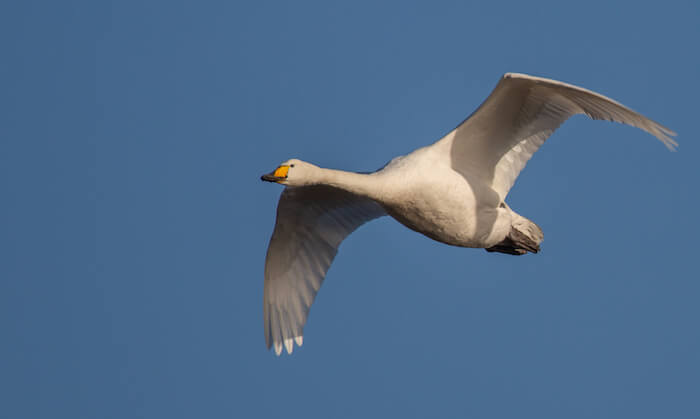 The journey negotiated, we made use of the public conveniences, stopped at the Visitor Center to collect a map, then headed up the steps and crossed the bridge over the Old Bedford River on foot. On our last visit we turned right and followed the accessible boardwalk towards the three hides numbered 8, 9 and 10. We went in the opposite direction this time.

Although there was a path, it was rather wet and muddy because of the recent rains. On our left was the river we had just crossed, and on our right was a steep grassy bank. At intervals along the bank, are long flights of wooden steps leading up to the hides which overlook the floodplains beyond. 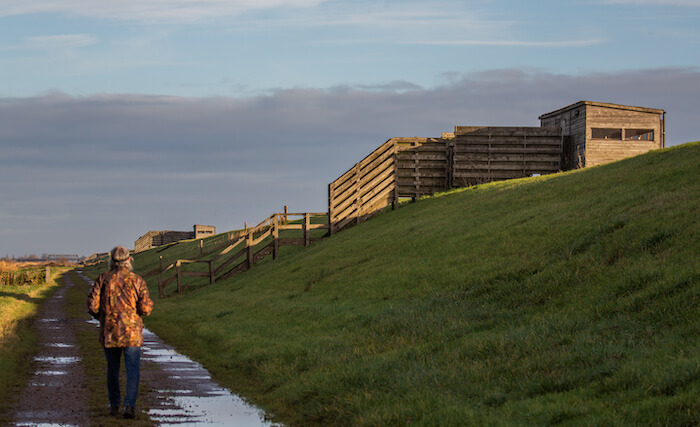 We checked out hides 7 to 4, meeting just five other birdwatchers. Looking out at the water it took a while to "get my eye in" and see the masses of birds out there. I did not help having the rising sun almost directly in front of us when in the first hide.

The whistles of Wigeon, peewit-peewit of Lapwing, the honk of Geese and the wing beats of Whooper Swans as they flew past punctuated the peace of the Fenland countryside.

Turning my head, I could see Ely Cathedral in the distance. 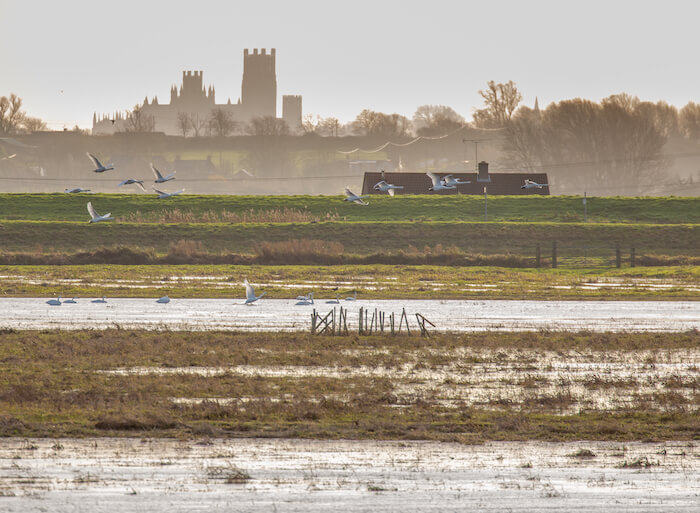 Ely Cathedral in the background

Wigeon and Lapwings were in abundance with Teal, Gadwall, Mallard, Shoveler, Pintail, Goldeneye and Tufted Duck. There were also Black-Headed Gulls, Greylag, Canada and Barnacle Geese, Mute and Whooper Swans, in amongst them. There were several Corvids around and I also spotted a Grey Heron, Starlings and a Pied Wagtail along the shoreline. We were told there were Bewicks Swans in the area, but we didn't see them, sadly.

Every so often hoards of birds would take to the air, indicating a bird of prey. We spotted a female Marsh Harrier. with her pale head golden in the sunlight, a Peregrine Falcon perched on a fence post and a male Kestrel on the wing. Another gentleman in the hide also tried to point out a Merlin as it zoomed past, but it eluded me. The Lapwings were easily disturbed by the raptors while the ducks were less concerned. 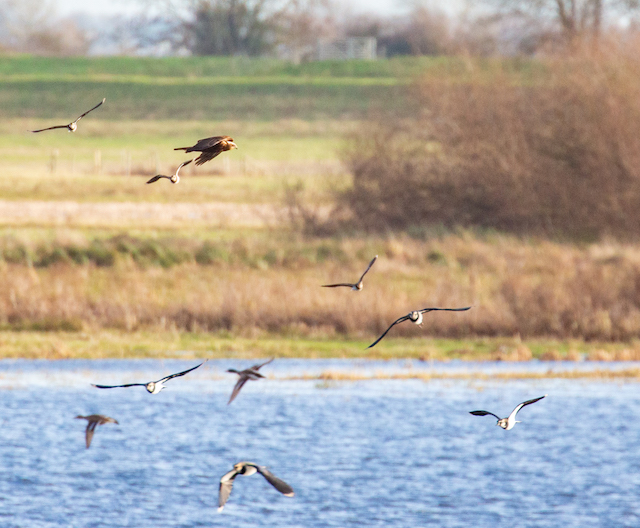 Birdwatchers are a friendly bunch on the whole, and we got chatting with a retired couple in the fourth hide. They each had spotting-scopes and powerful binoculars but were not photographers. They kindly pointed out birds they had seen, but because of the power of their optics they could see much more than I could, including Greater Black-Backed Gulls, a Ruff and Common Redshanks. There was also mention of a Brown Hare as we entered the hide but I could not pinpoint it.

Before we left, they offered us a look through their scopes. The gentleman also allowed me to use his Swarovski binoculars (affiliate link). WOW! The clarity was superb. They were his retirement present to himself and cost more than £1500, in a sale! Out of my price range unfortunately, but something to dream about for sure.

I believe our little spotting scope may be in hubby's hands next time we go out. I might even try some digiscoping in the future. This is where you attach a camera body to the scope and take photographs using the combination.

Back to the car

All too soon the light faded, and it was time to head home. Such a shame the winter days are so short.

I dallied a while in the nice warm Visitor Center to check out the bird feeders and bushes beside them, looking for Tree Sparrows. However, on this occasion I only spotted their cousins the House Sparrows along with a Goldfinch. Perhaps next time, as I am sure we will be back before too long.